I've been running Debian systems at home for about 3+ years.

I really like the distribution for the package availability and quality.

Buster(Debian 10) comes with kernel 4.19, which is a long term release(LTS) kernel.

On kernel.org, it's said to be supported until December 2020.

As is the case with kernel 3.16(used in Jessie) and 4.9(used in Stretch), I assume the support date will be adjusted to be in line with Buster's End of Life date.

Xfce, the desktop environment I use, is still on 4.12 in this release. 4.14 has been released recently but it didn't make into buster.

Firefox-ESR, Thunderbird(60 ESR to 69 ESR) and Chromium will be upgraded with newer versions with time.

There's also keepassxc in this release, which I've just started using since keepassx's last release was in 2016/02.

I want to leave a link to https://bugs.debian.org/cgi-bin/bugreport.cgi?bug=929834 and a comment on that bug report as I've run into this issue on a laptop with Intel gpu.

I'll have to add this file/templating task to my playbooks from now on for this release.

Update: Finally added this a couple days ago.

For some reason, the same vfio setup I've used in Stretch stopped working after upgrading.

At first, I thought the issue was withe Windows 10 virtual machine I've migrated from the previous install.

It didn't even occur to me to check the lspci -nnk output.

I'd start the VM, but libvirtd/virt-manager would hang and panic the kernel when trying to reboot.

Amdgpu kernel module would grab the graphics controller, but not the sound card.

After digging around with searches Google and Reddit, I've found a possible workaround.

As a reference, I've based my configs for Stretch on the pages from https://scottlinux.com/ and the Arch linux wiki.

For Buster, I've needed to add to my conf file in /etc/modprobe.d/vfio.conf:

My mouse pointer would stop responding to movements for several seconds.

Here are two screenshots I made while downloading a larger file with firefox on my lan: 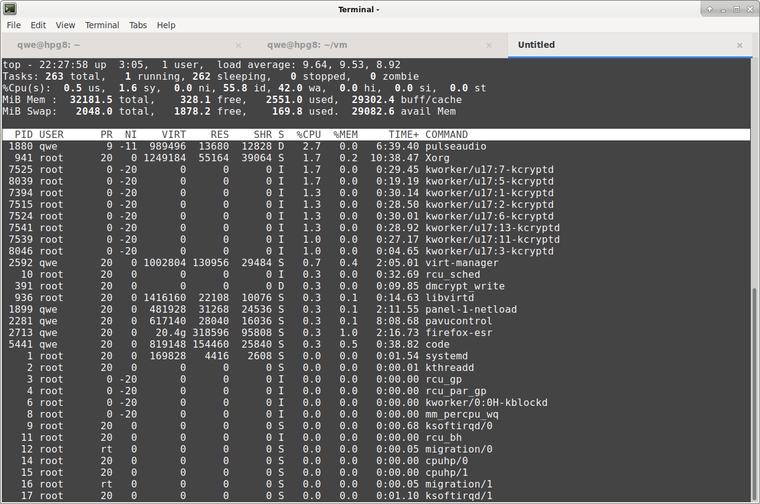 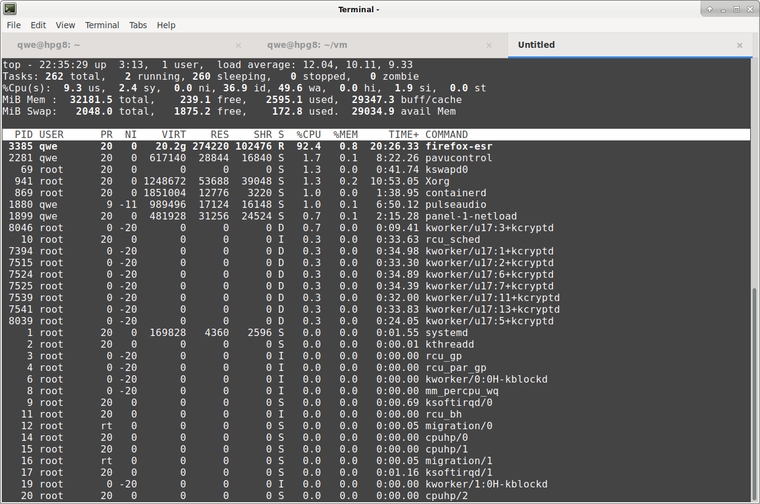 I have no workaround for this issue, I just reinstalled my desktop without LUKS.